An independent scaffold consists of 2 rows of standards, where each row of standards is parallel to the building. The inner row is set as close to the building as possible, with a maximum distance of 300mm possible, which is sufficient space to allow an inside board to be placed between the inner standard and the building. One must note that it should not be so close such that it affects the access of workers and limits them from working. The distance between the inside and outside standards will be determined by the number of boards required.

Contrary to its name, the independent scaffold cannot stand alone but has to be supported or “tied” to the building.

Cantilever scaffold, also known as jib or trussed scaffold, is most commonly used at the tops of buildings, as well in tight corners and other hard to reach areas. The cantilever scaffold is formed with tubes cantilevered out of an opening in the building, perhaps a window. This is done when one does not want to obstruct the space below, which could perhaps be a busy street. One edge is attached to the building while the other is left exposed.

Boards and poles projecting out of the building should be held in place by a tie bolt, which is drilled through the floor slab to ensure stability and security. Every single “floor” built should also be secured to the building with bots. People working on cantilever scaffolding are often required to wear harnesses as a safety measure.

Mobile scaffolding is the most versatile scaffolding option available. It is has wheels attached to the bottom and hence it can be rolled around and allows quick and easy access to areas where you intend to work on. Moreover, it can be adjusted to various heights, achieving a height more than 4 stories high. It can also range in strength from light duty to heavy duty. Diagonal bars are put in place to enhance the stability and the strength of the mobile scaffold. Joints in standards should only be made with sleeve or parallel couplers and wheels, fitted with brakes should be more than 125mm in diameter.

Mobile scaffolding is often use in the cleaning of windows, the setting up lights or overhanging furniture or decorations. It could also be used as props in shows and performances. It could also take the form of stairway towers in storage and warehouse facilities.

Access towers are similar to perimeter scaffolds. However, access towers can be both mobile and static in nature, depending on the need and requirements of the project. Moreover, access towers have ladders fixed to the side of it. It could also be modified such that it has stairs that lead all the way to the top, which is a single level platform.

Perimeter scaffolding is a standalone scaffolding system that is unattached to the building. The scaffold is secured by drilling relevant supporting structures directly into the ground.  This allows flexible access for everyone who is working on the project. It only has a single level work platform. Moreover, it could be assembled and dismantled quickly, enhancing efficiency.  This type of scaffold is suitable for construction works on landed property or structures that are not too tall. 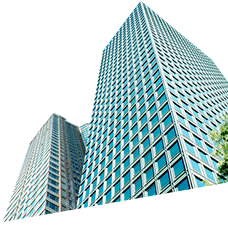